Books for Fada N’Gourma received from the printer

In many of our projects, we experience delays. In some cultures, the notion of a “deadline” is a rather soft concept. Like traffic laws, they can be overlooked if there is no immediate consequence for ignoring them. But then, a hard-line toward enforcement has cultural implications as well.

When things happen as promised, we have something to celebrate. So, when we received this note from Nebié Badiou in Burkina Faso on June 2, we were quite pleased.

“It’s a great joy to say to you that the printer finished the books. I went yesterday to see the books and I paid the printer the money.”

That job was not only exactly what we had ordered, but the order was completed 5 days ahead of schedule.  The 5,000 books in the Gourmantché language will be delivered to church leaders with the SIM churches in the city of Fada N’Gourma. Fada is in the Est (East) Region of Burkina Faso, a 225 km, four hour drive from the capital city of Ouagadougou. 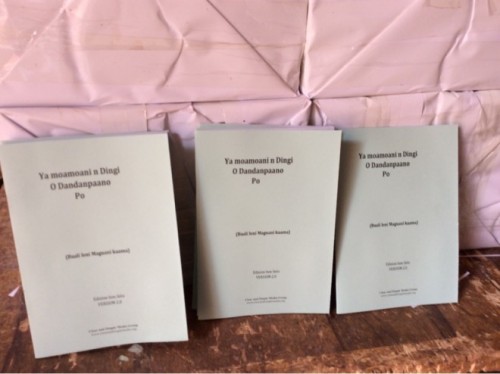 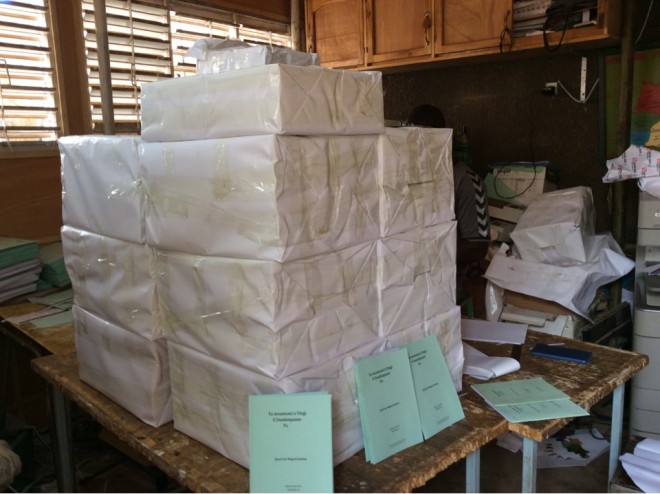 We also received a bit of disconcerting news in that same batch of correspondance. It seems the Est Region of Burkina has been experiencing considerable unrest over the past six months. There are multiple causes, but the problems have been serious enough that one mission has removed all of its European and North American personnel from the region. Our team is scheduled to arrive in Fada on or about June 8.