Bible translation can be a tricky business. Because we believe that the text of scripture is the very Word of God, we want to be especially carefull as we work to translate it from one language to another.

Clear and Simple Media has now been involved in the translation of our “little book”, Simple Truths, into more than 35 languages. Many of the translation challenges were expected. However, with each new project, new issues arise which keep us scratching our heads. When God “diversified” the languages in Genesis, he did a masterful job.

One of my friends reminded me of this not long ago, and also recommeded an article by Dan Wallace that many people found helpful when he wrote it five years ago. Dan’s original article addressed Fifteen Myths About Bible Translation. While most of these myths deal directly with English Bible translations, the notions that he addresses apply broadly to all translation work. 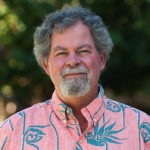 It’s no surprise that the TEV and NLT have the most words, since these are both paraphrases. But the translations perceived to be more literal are often near the bottom of this list (that is, farther away from the Greek NT word-count). These include the KJV (#12), ASV (#11), NASB (#14), NASB 95 (#13), and RV (#10). Indeed, when the RV came out (1881), one of its stated goals was to be quite literal and the translators were consciously trying to be much more literal than the KJV.

Some translations of the New Testament into other languages:

3.    The King James Version is a literal translation. The preface to the KJV actually claims otherwise. For example, they explicitly said that they did not translate the same word in the original the same way in the English but did attempt to capture the sense of the original each time: “An other thing we thinke good to admonish thee of (gentle Reader) that wee have not tyed our selves to an uniformitie of phrasing, or to an identitie of words, as some peradventure would wish that we had done, because they observe, that some learned men some where, have beene as exact as they could that way. Truly, that we might not varie from the sense of that which we had translated before, if the word signified the same thing in both places (for there bee some wordes that bee not of the same sense every where) we were especially carefull, and made a conscience, according to our duetie.”

5.    Essential doctrines are in jeopardy in modern translations. Actually, no doctrine essential for salvation is affected by translations, modern or ancient—unless done by a particular cult for its own purposes. For example, those Englishmen who signed the Westminster Confession of Faith in the seventeenth century were using the KJV, yet it is still a normative doctrinal statement that millions of Protestants sign today even though they use modern translations.

6.    Gender-inclusive translations are driven by a social agenda. In some instances, this may be the case. But not in all. The NIV 2011, for example, strives to be an accurate translation that is understandable by today’s English speaker. And the translators note that the English language is changing. In reality, the older gender-exclusive translations may miscommunicate the meaning of the Bible in today’s world if readers understand the words ‘men,’ ‘brothers,’ and the like in numerous passages to be restricted to the male gender. Translations must keep up with the evolution of the receptor language. For example, the RSV (1952) reads in Psalm 50.9, “I will accept no bull from your house.” In today’s English, that means something quite different from what the translators intended! The NRSV accordingly and appropriately renders the verse, “I will not accept a bull from your house.”

One of the great challenges in English translations of the Bible today is to avoid language that can become fodder for bathroom humor. Or, as one of the translators of the ESV once mentioned, a major challenge is to remove the ‘snicker factor.’

7.    Red-letter editions of the Bible highlight the exact words of Jesus. Scholars are not sure of the exact words of Jesus. Ancient historians were concerned to get the gist of what someone said, but not necessarily the exact wording. A comparison of parallel passages in the Synoptic Gospels reveals that the evangelists didn’t always record Jesus’ words exactly the same way. The terms ipsissima verba and ipsissima vox are used to distinguish the kinds of dominical sayings we have in the Gospels. The former means ‘the very words,’ and the latter means ‘the very voice.’ That is, the exact words or the essential thought. There have been attempts to harmonize these accounts, but they are highly motivated by a theological agenda which clouds one’s judgment and skews the facts. In truth, though red-letter editions of the Bible may give comfort to believers that they have the very words of Jesus in every instance, this is a false comfort.